Decisions of the 15th Congress of Polisario Front: A way towards a lasting solution of the Western Sahara Issue 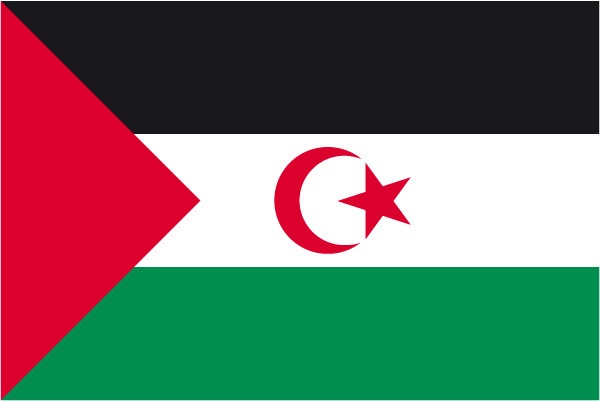 This paper is aimed to highlighting the Swedish Government and National Opinion on the latest development and to be more understanding of the reasons and timing for taking these decisions at the 15th congress of POLISARIO held from 19 till 23 December 2019 in Tifarity (Liberated Part of the Sahrawi Republic).

During the last Frente POLISARIO’s Congress, and during all stages of the preparation, works, and final recommendations, it was unanimously affirmed that there is need to resume military action because of the international community’s failure to implement the agreement signed between the two parties of the conflict (POLISARIO and Morocco), due to the attempts by France and Morocco’s allies to change the nature of the conflict, and Morocco’s behavior on the ground reveals its true intentions:

• Obstruction to Horst Kohler’s effort and prompting him to resign, like all previous envoys and mediators who preceded him.

• Hampering the mandate of MINURSO of the United Nations and impeding the UN institutions from visiting the occupied territories.

• The brutal repression of the Sahrawi population and the offences to their dignity and rights (The Gdeim Izik group of prisoners as a model).

There is a general feeling among the Sahrawi People of the existence of a letdown by the International Communities to play its role as a guarantor alongside the United Nations of the implementation of the OAU-UN settlement plan of 1991 that was reached under their auspices, therefore the 15th Congress has taken the following decisions among others:

1- The POLISARIO Front will only deal on this basis of the commitment of the Security Council, the General Secretariat, MINURSO and the Personal Envoy to the inalienable rights of the Sahrawi people to self-determination and their adherence to the agreement
signed between the two parties and the nature of the Sahrawi issue as an issue of decolonization.

3- Vows to continue the policy of building and reconstruction of the Liberated Areas of the Sahrawi Republic.

• The International Community recognizes the inalienable right of the Sahrawi people to freedom and independence, as confirmed by United Nations resolutions since 1963 until now, whether by the General Assembly or the UN Security Council.

• The United Nations General Assembly considered the Kingdom of Morocco an occupying power in resolution A/RES/34/37 of 1979 and A/RES/35/19 of 1980 and considered the Frente POLISARIO as the sole legitimate representative of the Sahrawi people.

• The Sahrawi People declared their independent state as an expression of their sovereignty over their land after a liberation war against Spanish colonialism. The state was strengthened by the recognition of its immediate neighbors (Mauritania and Algeria), and was further established when the African family recognized it and embraced it as a fullfledged founding member.

• The Organization of African Unity initiated and made great efforts to resolve the conflict led by a committee of African presidents for several years (1978-1983), the outcome of which was the famous recommendation AHG104 ratified at the 19th summit held in Addis Ababa in 1983, which later became the basic foundation for the OAU-UN Peace Plan.

• For its part, the African Union (AU) has remained strongly committed to the decolonisation of Western Sahara, the last African colony, ever since the OAU became actively engaged in reactivating the peace process in Western Sahara following the adoption of its resolution AHG/Res. 104 (XIX) of 1983, which was endorsed by the General Assembly resolutions 39/40 of 1984 and 40/50 of 1985. The AU’s principled position regarding Western Sahara was also reaffirmed and further consolidated after Morocco was admitted as a new member of the Union in January 2017.

The way towards the solution

The 15th congress of POLISARIO underlined that the legitimate and realistic solution to the Saharawi issue can only be:

A- That the United Nations and the African Union reach a negotiated solution that enables the Sahrawi people to exercise their inalienable rights to self-determination and independence by exercising their sovereignty over all their national territory, and through which Morocco stick on to its internationally recognized borders.

– This solution can be reinforced by mutual guarantees between the two countries (Sahrawi Republic and Kingdom of Morocco) on all political and security concerns, economic and commercial interests and benefits.

B- Or by holding of the referendum accepted by the two parties after 16 years of war, signed under the supervision of the United Nations and the Organization of African Unity, and endorsed by Security Council in its recommendations 690 of 1991.

I. It is no more acceptable to continue the dangerous tendency that has become clear recently within the Security Council, and from which France wants to change the legal nature of the Sahrawi issue and confiscate the rights of the Sahrawi people. This position of the Sahrawi party rejecting the recent recorded slides that could return matters to square one, was renewed by Mr.Brahim Ghali, President of the Sahrawi Republic and Secretary General of POLISARIO Frente during his recent meeting with the Secretary-General of the United Nations on the sidelines of the 33rd Summit of the African Union, held in the Ethiopian capital.

II. The Sahrawi people have decided to impose respect for their will and rights and will continue the path of the Sahrawi state to take its place among the Nations.

III. It should be noted that Morocco is trying to deceive the International Community that he is cooperating in the search for a peaceful solution, while its main objective is to thwart any effort throughout this year.

IV. As long as Western Sahara is listed as a Non-Self-Governing Territory, Spain remains the de jure Administering Power of the Territory as was confirmed by La Audiencia Nacional (the Spanish National High Court) in its ruling of 4 July 2014.

V. Any attempt to strip the Western Sahara issue from its internationally established status as a decolonisation case in order to legitimise the status quo is very dangerous as it strikes at the heart of fundamental foundations of the international system itself, namely the right to self-determination and the inadmissibility of the use of force for the acquisition of territory as enshrined in the UN charter and the European Constitutional Treaty. Otherwise, it will have serious implications for regional peace and security. The Frente POLISARIO and the Sahrawi people, therefore will never accept such a move.

VI. As the successor to the OAU that was the initiator of the UN-led peace process in Western Sahara, the African Union (AU) remains a full partner of the UN and guarantor of the implementation of the UN-OAU Settlement Plan. Its contributions to the decolonisation process of Western Sahara, the last Non-Self-Governing Territory in Africa, should be recognised and fully implemented.

VII. It is therefore imperative that the General Assembly set a date for the holding of the selfdetermination referendum for the people of Western Sahara. Any delay in enabling the Sahrawi people to exercise their inalienable right to self-determination and independence will only complicate the situation on the ground and risk further destabilising an already volatile situation in the region.

VIII. Sweden, as an icon country of principles, credibility and values, known throughout the world by its policy based on the prevalent of Peace, Justice and International Solidarity, has a moral responsibility to stand firmly, and exercises all available pressures to suppress the negative behaviors and provocation of Morocco towards the international community, in order to prevent the recent recorded slides that could return matters to square one and could put the whole peace process on the brink of no way back.