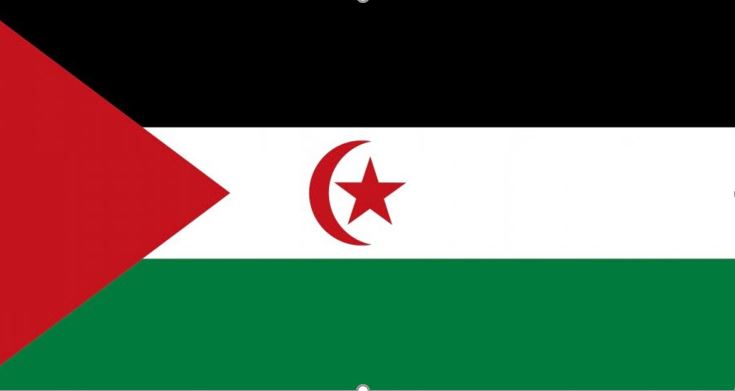 Spain, along with France, the countries that drew the borders between Western Sahara and its three neighbours, Morocco, Algeria and Mauritania, also bear legal and political responsibilities more than others in defending the recognized international borders and repelling Moroccan expansion, in addition to its responsibilities towards the Sahrawi people and the United Nations. This responsibility is not subjected to the statute of limitations as long as the Sahrawi people are unable to exercise their inalienable right to self-determination and independence.

The position issued in the two statements lacks credibility, seriousness, responsibility and realism because it is a dangerous deviation, inconsistent with international legitimacy, supports the occupation, encourages aggression and the policy of the fait accompli and escape. Rather, it aims to try to legitimize the repression, war crimes, crimes against humanity and plundering of wealth that Morocco continues to use against the Sahrawi people, in violation of the resolutions of international legitimacy.

This move comes in a more serious context that the conflict in Western Sahara is going through after the outbreak of war in November 2020, and the state of tension in the region due to the insistence of the Kingdom of Morocco on its expansionist policies and plans to destabilize the security and stability of the region.

02/ This transformation appears to be the result of intense months of Moroccan blackmail against Spain to restore diplomatic relations to their previous state. Unfortunately, instead of Madrid seeking to re-establish its bilateral relations with its southern neighbour on sound and strong foundations, it chose to submit, once again, to Moroccan blackmail.

This transformation appears to come as a result of intense months of Moroccan blackmail against Spain to restore diplomatic relations to their previous state. Unfortunately, instead of Madrid seeking to re-establish its bilateral relations with its southern neighbour on sound and strong foundations, it chose to submit, once again, to Moroccan blackmail.

03/ The expressed position contains very dangerous elements, such as referring to the Moroccan proposal as “the most serious, realistic and objective…etc. to resolve the conflict in Western Sahara”, in clear support for the unilateral approach, which contradicts legitimacy, international law and free democratic exercise on the part of the Sahrawi people of their inalienable right to self-determination and independence. The statement of the Spanish government did not stop there, but rather went beyond it to what is more dangerous by referring to the agreement on “respecting the territorial integrity of the two countries,” which, in the context of the conflict over Western Sahara, is nothing but a clear adoption of the Moroccan expansionist thesis.

04/ This position has a significant negative impact on any possible role of Spain in settling the decolonization dispute in Western Sahara, and the current efforts to revive and revitalize the peace process by the United Nations. We had hoped that Spain, out of impartiality and a sense of its legal and historical responsibilities, would accompany the two parties and the new personal envoy to revitalize the political process. It is unfortunate that Madrid chose, once again, to submit to the Moroccan blackmail and squander the hopes that existed, fuelling tension, escalation and pushing towards further slippage.

05/ Despite all this, Spain cannot unilaterally evade its legal responsibilities towards Western Sahara and its people, because it is the Administrator Power of the Territory waiting for its decolonization. It cannot turn its back on its political responsibilities, as it is primarily responsible for the suffering of the Sahrawi people, and in fact all the peoples of the region, who have not yet been able to enjoy stability because of the bleeding wound left by Spain in 1975 that still poisoning the relations of the countries of the region.

06/ The Sahrawi people, their government and the POLISARIO address an urgent appeal to the Spanish political forces and all the peoples of Spain, to pressure the Spanish government to correct this grave mistake, and to compel Madrid to shoulder its original responsibilities, which do not fall within the statute of limitations, in the decolonization of Western Sahara in accordance with the Charter of the United Nations, especially with regard to the enjoyment of colonial people in their right to self-determination and independence.