The Government of the Sahrawi Republic and the Frente POLISARIO condemn in the strongest possible terms the decision taken by the outgoing US President Donald Trump to recognise that which Morocco does not possess, namely “sovereignty over Western Sahara”.

The position announced by Trump constitutes a flagrant violation of the Charter of the United Nations and its resolutions and the precepts of international legality. It hampers the efforts of the international community to find a peaceful solution to the conflict between the Sahrawi Republic and the Kingdom of Morocco. It also comes in the wake of the rupture by the Moroccan occupying state of the ceasefire as a result of its blatant aggression on 13 November 2020.

The position is also an infringement upon the African Union (AU) and its Constitutive Act and decisions, the most recent of which was the decision of the 14th AU Extraordinary Summit on Silencing the Guns that emphasised the need for a just and peaceful solution between the two AU Member States.

We note with surprise that Trump’s decision coincided with the commemoration of the Human Rights Day on 10 December. It also takes place a few days before the 60th anniversary of the UN General Assembly Resolution 1514 (XV) on “Declaration on the Granting of Independence to Colonial Countries and Peoples”, and therefore it constitutes a flagrant violation of one of the most sacred rights, namely peoples’ right to self-determination.

The Government of the Sahrawi Republic and the Frente POLISARIO call upon the United Nations and the African Union to condemn this reckless decision and to exert pressure on the Kingdom of Morocco to end its illegal occupation of Western Sahara.

The Sahrawi people will continue their legitimate struggle by all means to defend their sovereignty and will make all necessary sacrifices to that end. 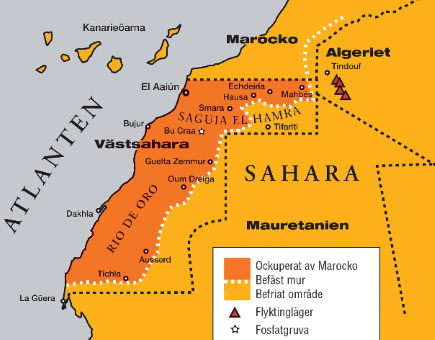